The student Fees Must Fall demonstrations continue with force in South Africa today and the universities are largely shut down. It is the primary news item 24/7 as the police have used stun grenades, water cannons and arrests to address the students protesting and marching. There are concerns that the violence will continue to ratchet up. The general population are largely supportive of the students and understand the frustrations with the government. Due to concerns about bystanders getting caught in the fray, the routes of the protests are publicized so that folks can avoid the areas if they wish to although many want to join in due to frustrations about unkept promises made by the government.

Today was a significant shift in gear from the road trip of yesterday although no less productive!

In addition to the hard work and entrepreneurship of Smiley, the CKC managers and staff and the multiple partners operating their own centers, the growth of Siyafunda is also attributable to the contributions made by Siyafunda's key corporate partners. Both Cisco and Intel provide corporate funding and the content and training for the courses ultimately offered by Siyafunda and the CKC's to the community. Today we met with both of these partners who were gracious enough to listen to the details of the project we are working on as part of the Ashoka Executive in Residence program. It was evident that both companies are committed to helping the communities and that they have chosen to work with Siyafunda due to their trust in the organization and because of the impact that Siyafunda has had. Alfie at Cisco and the team at Intel also seem invested in continuing to develop the systems used by organizations such as Siyafunda including developing online training courses for use by persons with physical challenges. 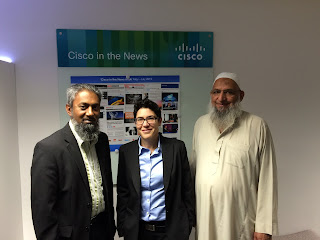 Meeting with Alfie Hamid at Cisco

What really stood out to me about Cisco and Intel is that they do not consider their contribution to be limited to funding or developing IT and other skill training courses. It was clear that they are both keen to contribute to bettering the unemployment situation in South Africa. It is also clear that they do not just contribute funds to Siyafunda but that they are intimately familiar with the details of the organization and its operations. Cisco in particular worked with Siyafunda closely on a project not dissimilar to what I am working on. In fact, along with some other organizations, they helped develop the idea of transitioning Siyafunda centers from CTC's (community technology centers) to CKC's (community knowledge center) in order to help expand the breadth of services to encompass more than just technology training. 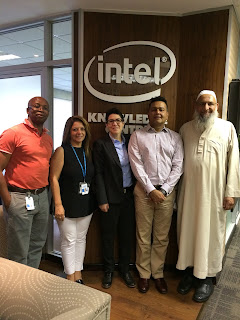 Meeting with Thabani Khupe, Ruala and Suraj Shah at Intel

I was heartened to see large companies such as Cisco and Intel truly taking an active part in supporting the local communities.


Now that the camera is up and running again, I have also attached some of the additional photos from the road trip yesterday. 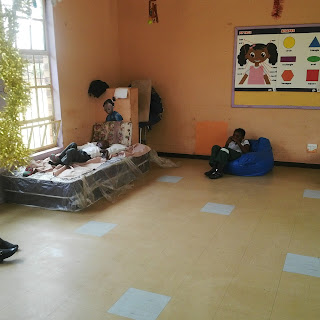 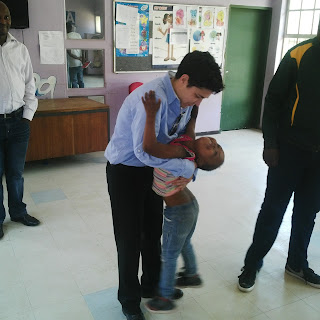 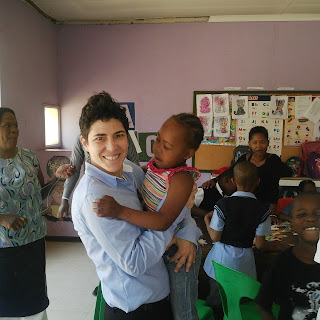 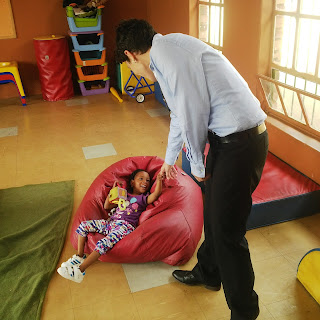